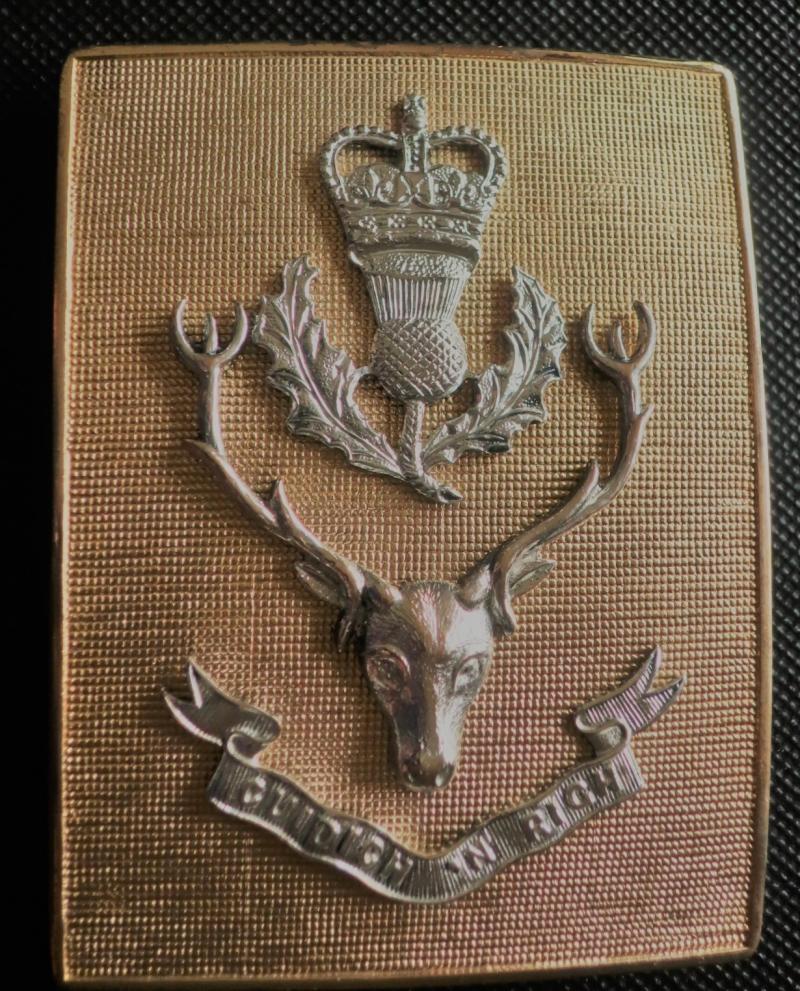 This is a real beauty and my photos don't do it justice! It is 18inches long and the main dirk blade is 11 inches.It is to a volunteer battalion and was probably owned by an officer called Bennet. The condition throughout is excellent.The blades with little signs of wear the gilt extremely good The Stones with good original deep colour, all studs present in the handles. The HLI Badge to the ...  read more 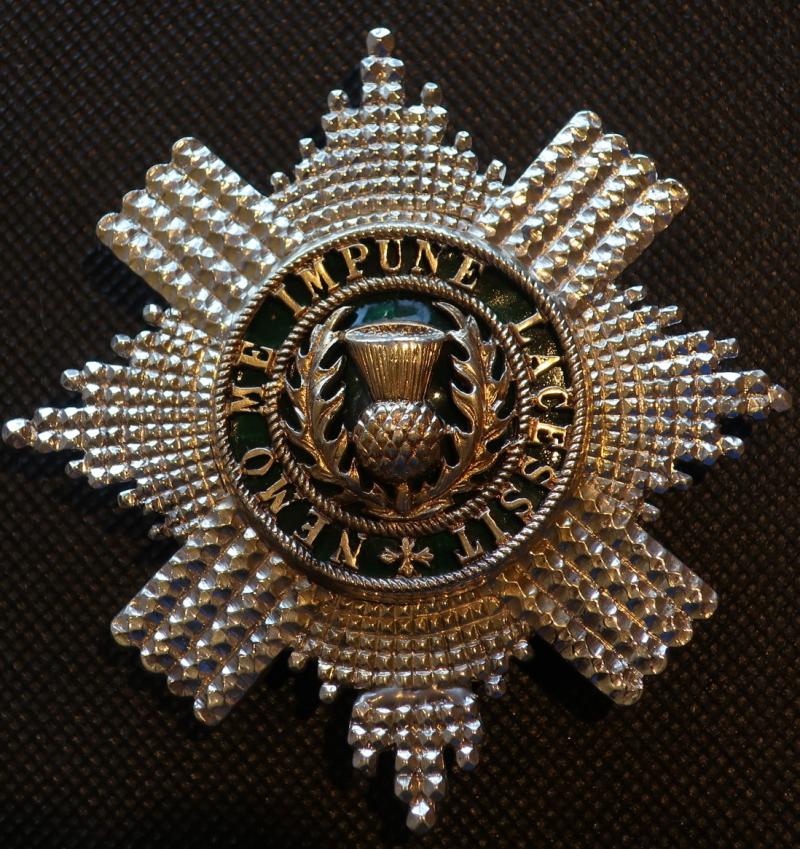 Saving the best till last again! A Beautiful example of this super scarce Cross Belt Badge. Over 3 inches in diameter in solid silver gilt and enamels. The star of the Order of the Thistle in deep hobnail pattern to the centre in gilt the motto and thistle. Four screw posts to the rear. it weighs 50 grams
If paying by Paypal please add 5% to the purchase price  read more 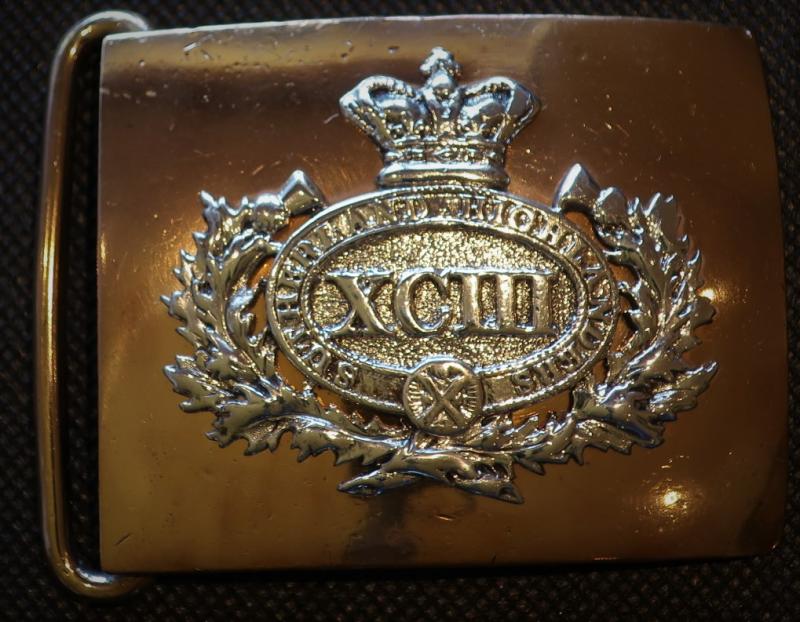 A plain curved gilt plate on this a spray of thistles withing this an oval strap "Sutherland Highlanders" to the top an early Victorian Crown to the centre XCIII below this a circle with St Andrew on cross. A lovely bit of History from The Thin Red Line!
If paying by Paypal please add 5% to the purchase price  read more A Superb example of this plaid brooch worn from1859 in silver or silver plate being a silvered quoit on this two sprays of thistles with Scroll to bottom LSRV to the centre the Lion Rampant stout fastener. Retailed by Morton 23 Oxford Street London
If paying by Paypal please add 5% to the purchase price  read more 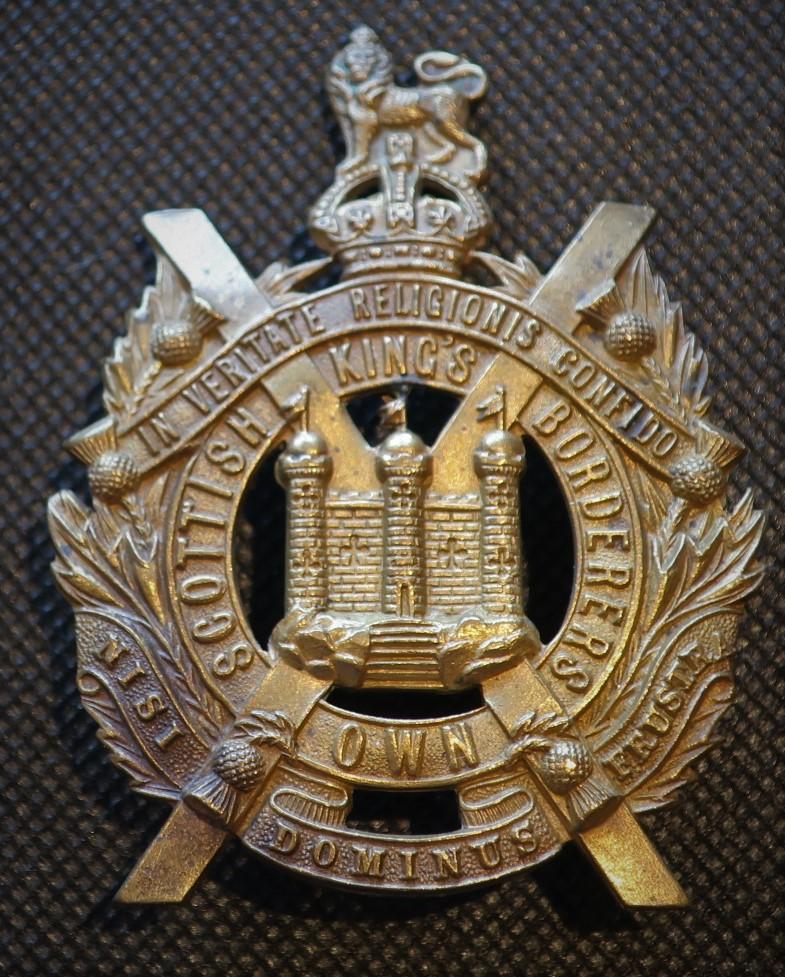 The Kings Own Scottish Borderers WW1 Economy badge in brass 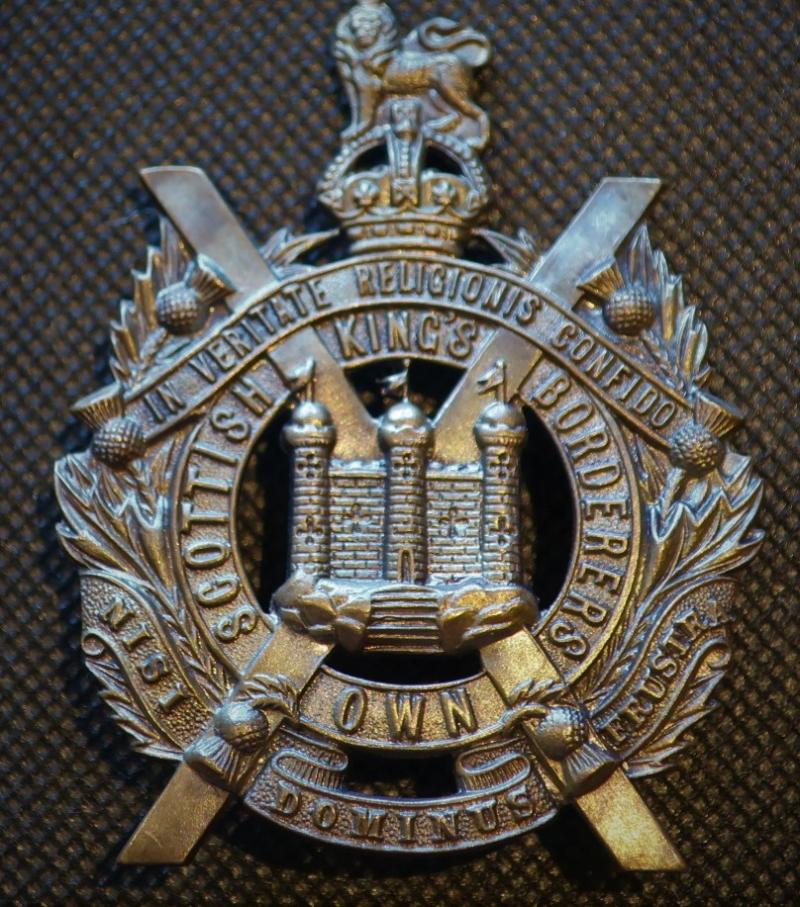 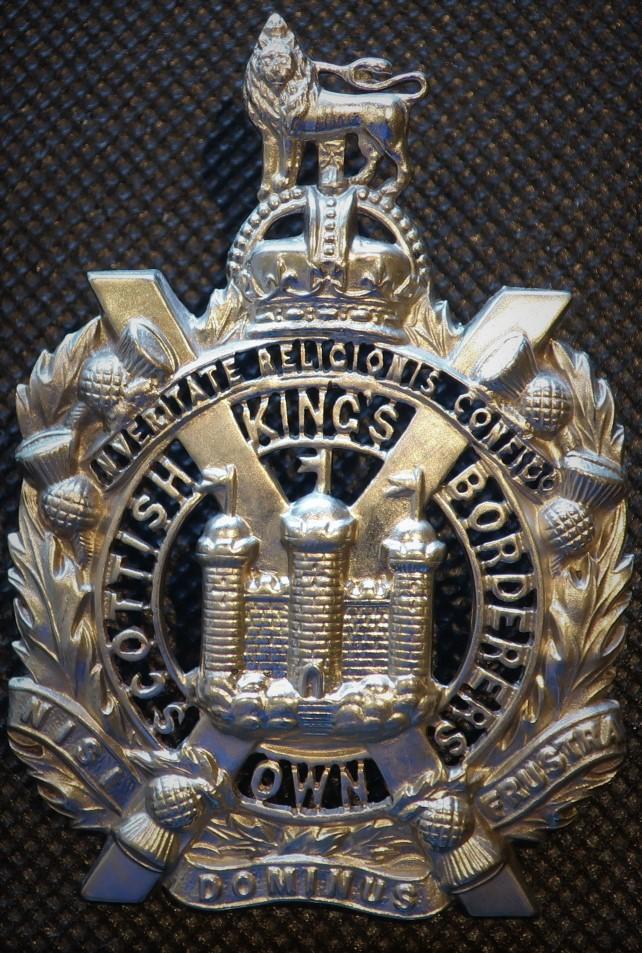 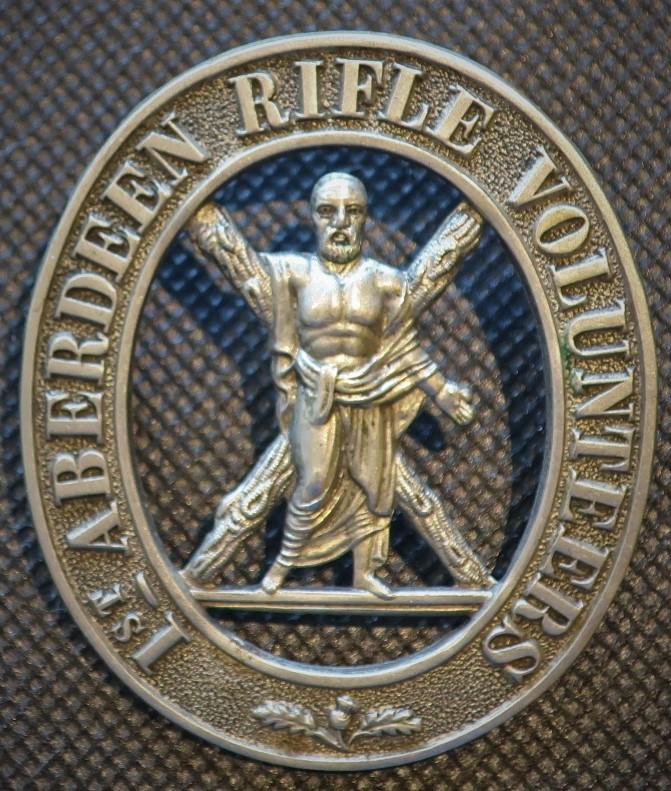 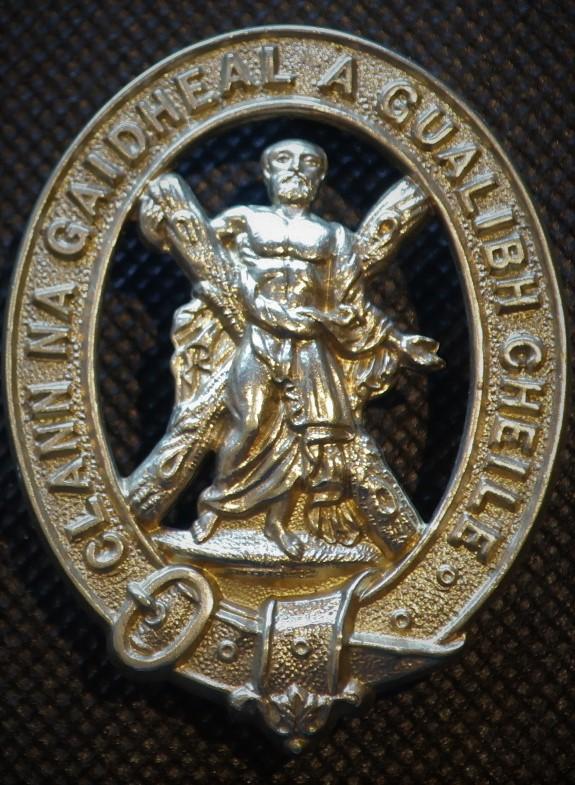 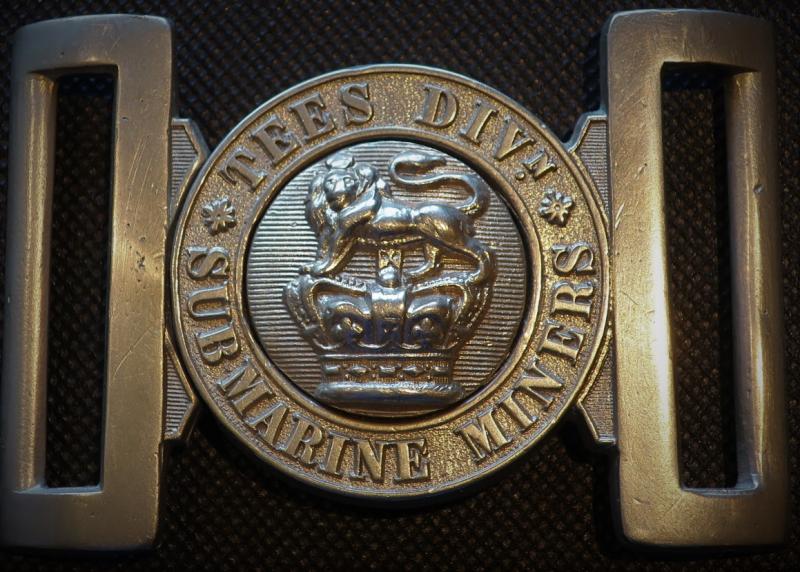 Scarcer than hens teeth The Submarine Miners were formed as part of the Royal Engineers with specific duties to protect Ports and Harbours in this case most likely North Shields. You will never see another!
If paying by Paypal please add 5% to the purchase price  read more Originally formed from the London Scottish Rifle Volunteers formed in 1859 They became the 14th Battalion the London Regiment. This is a very early clasp with the matching number 4 on each piece of the clasp
If paying by Paypal please add 5% to the purchase price  read more 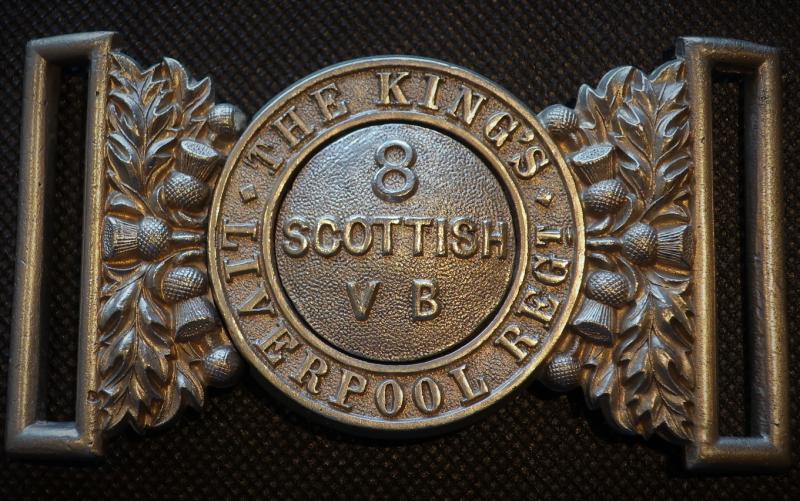 A Nice original probably an officers as it was made by Firmin & Co London and Birmingham. Matched numbers 402. Formed in 1900 they became the 10th Battalion Lancashire Regiment and in WW1 The Medical Officer was Noel Chevasse VC and Bar one of only 3 men ever to win a bar to the VC.  read more 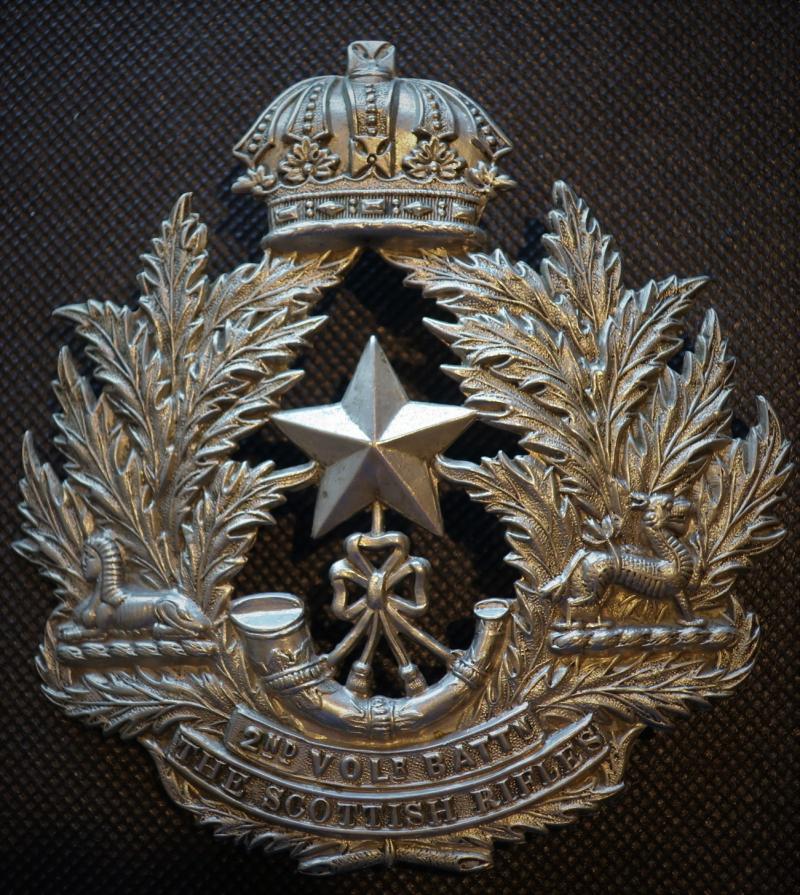 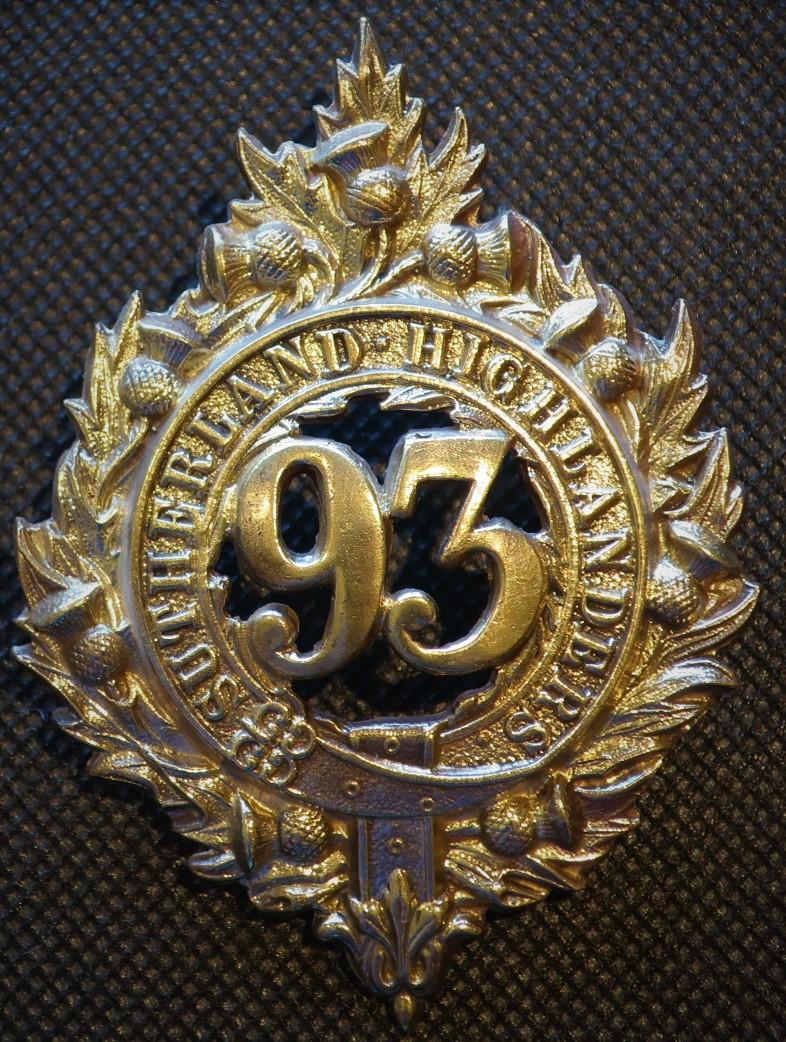 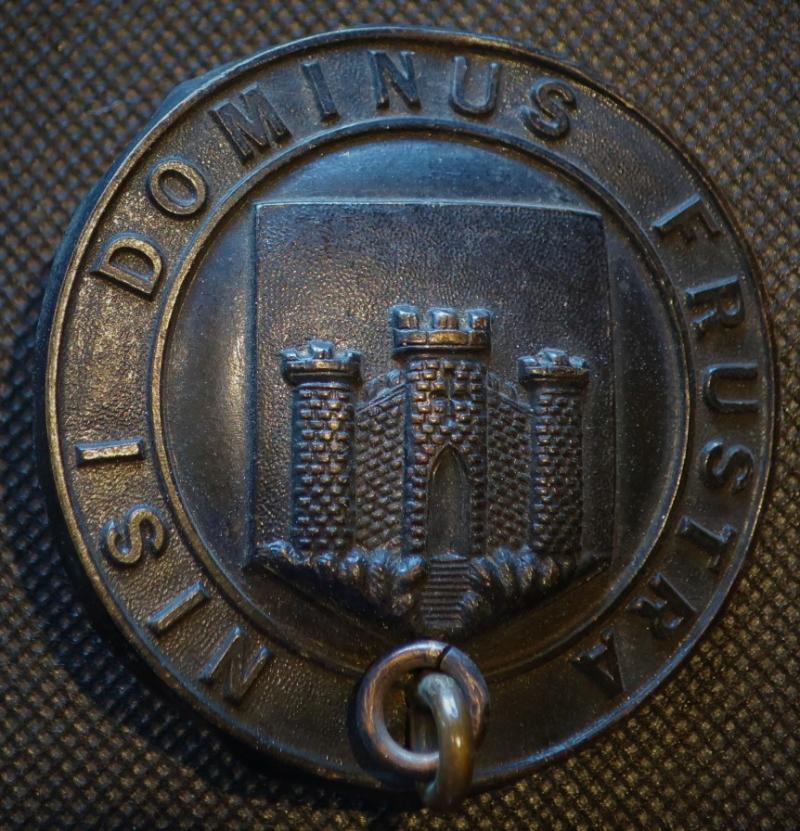 A good example in blackened metal a bit darker than the photos. Having Edinburgh Castle to the centre in a strap with the motto" Nisi Dominus Frustra 2.5inch diameter  read more 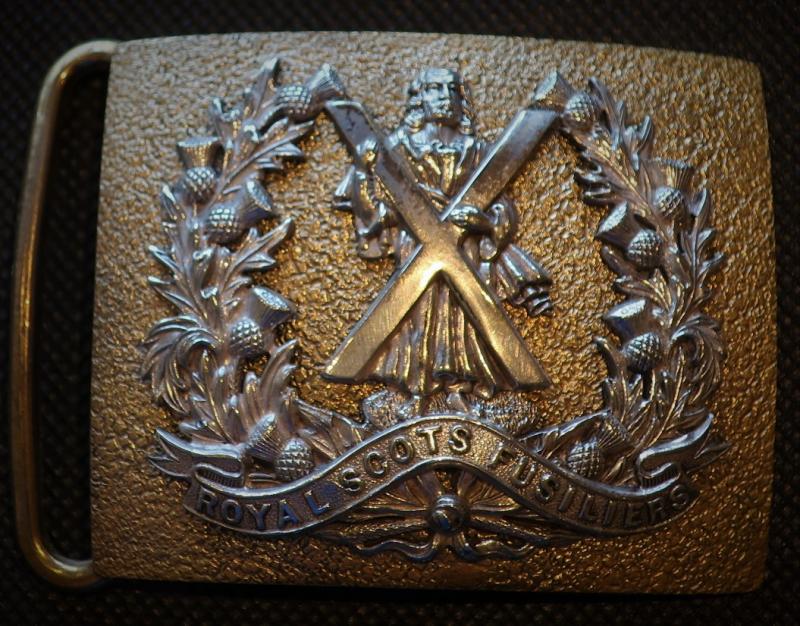 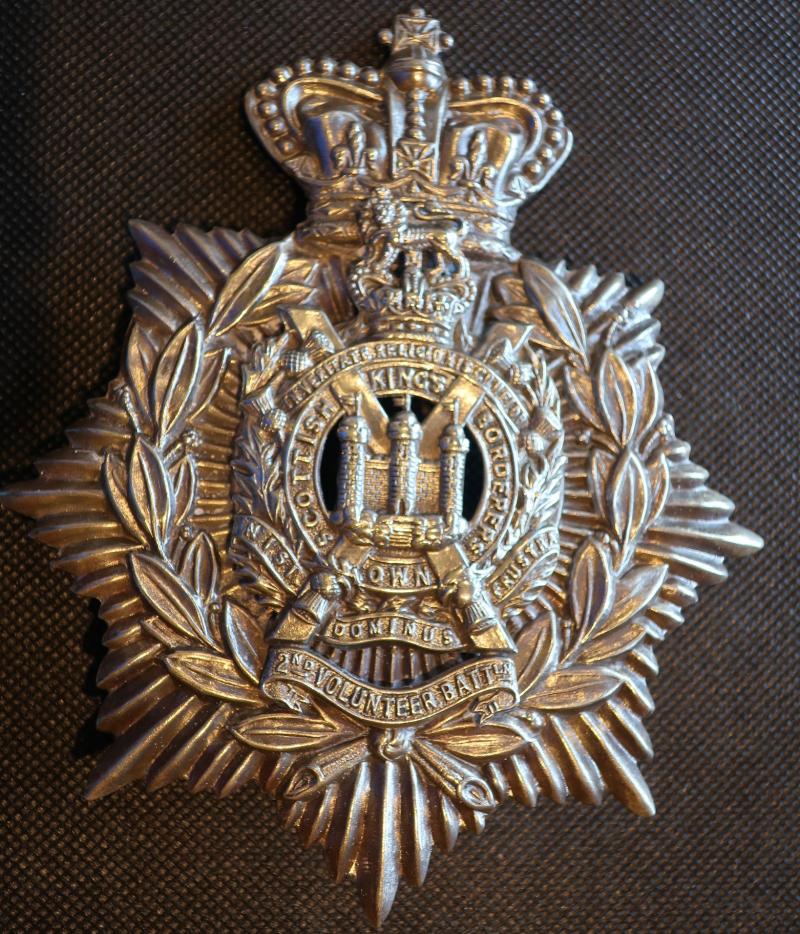 A very nice example of the plate worn from the 1880s to 1901 in White metal. Scroll to Bottom "2nd Volunteer Battalion" Formed from the 1st Berwickshire Rifle Volunteers in 1880 in 1908 became the 4th Volunteer Batallion KOSB Two loops to rear  read more 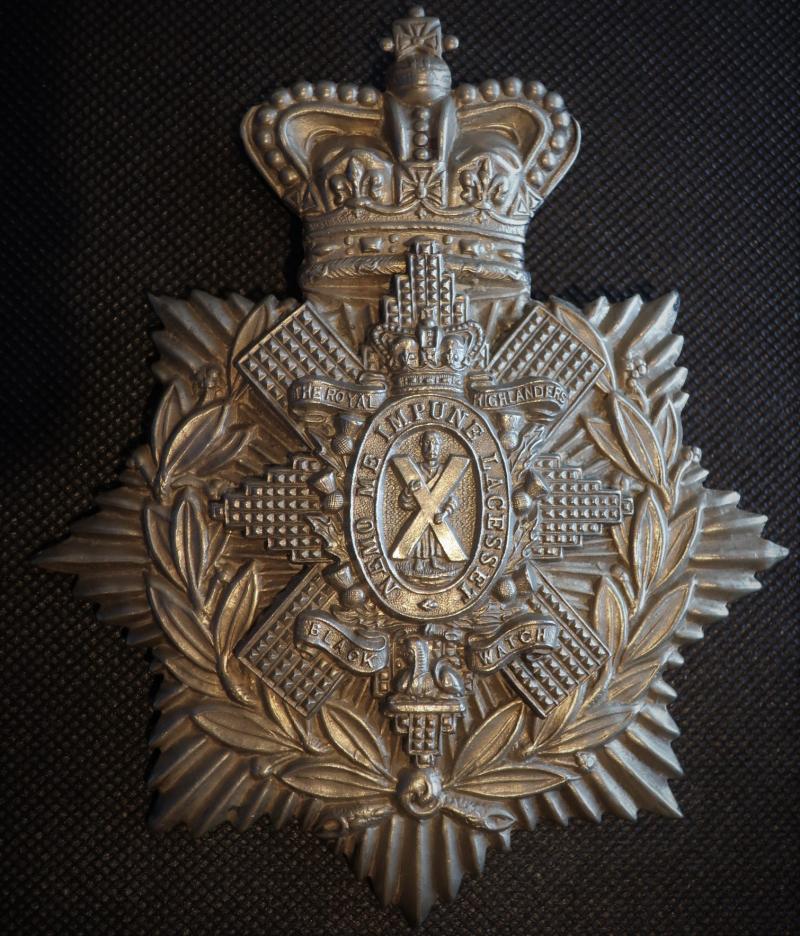 A very nice genuine example of the Helmet Plate worn in the 1880s through to 1901 as Bloomer (Page 65) 3 copper loops to rear.  read more 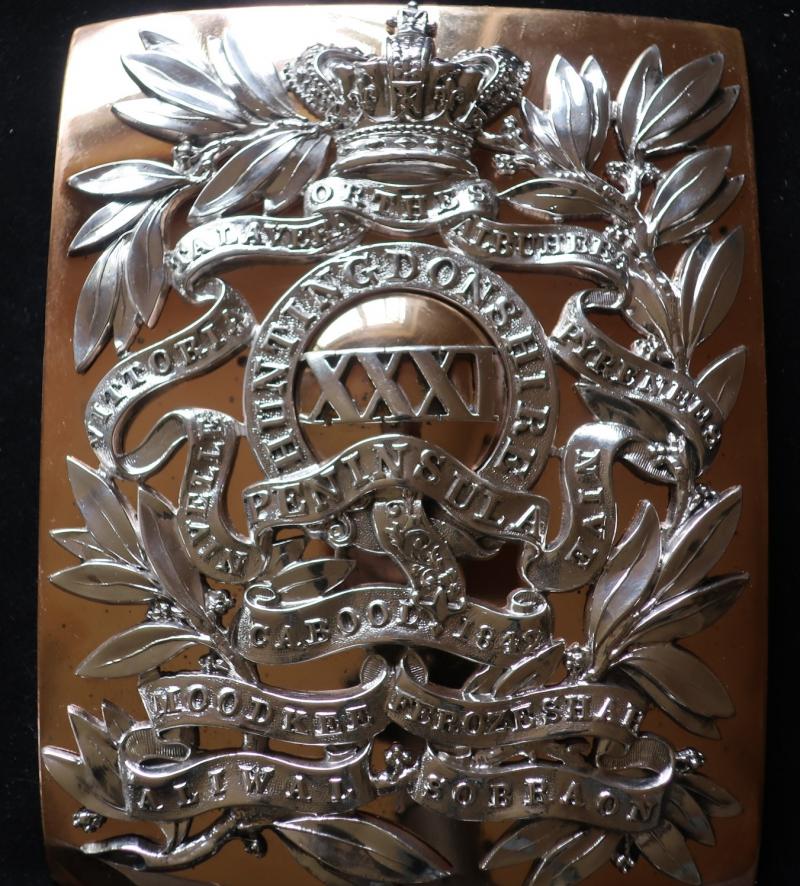 A rare item this one. The 31st (Huntingdonshire) Regiment became the first battalion the East Surrey Regiment in 1881. This plate was worn from 1847 to 1855 The plate is mentioned in Parkyn but not illustrated In extremely good condition. If paying via Paypal please add 5% to your total  read more