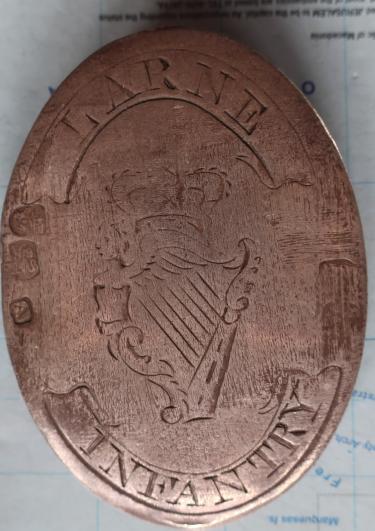 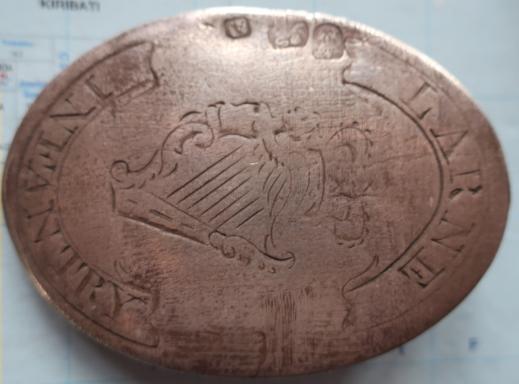 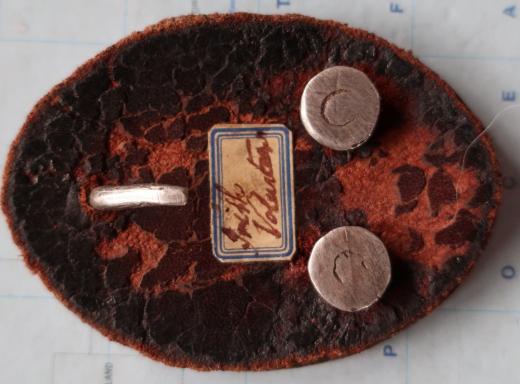 A Silver SBP with London Hallmarks for 1796. Some wear to front. Shoulder Belt Plate complete with old leather backing to the Larne Infantry a militia unit formed c 1796 ostensibly to relieve troops for the fight with France but also used to suppress local uprisings. The Maid of Erin between two scrolls Larne and Infantry. Larne is in County Antrim and many Scots/Irish used the port to travel to America in the 1800s. See also the brass example for sale on the site